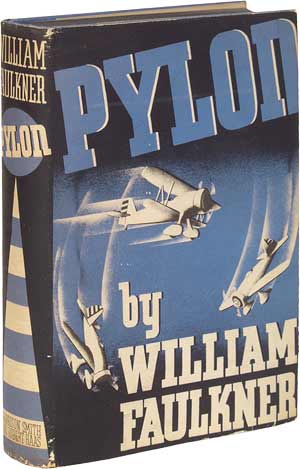 We offered this unrestored copy in our Catalog 104. 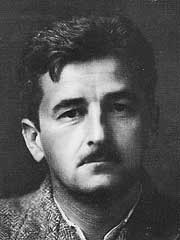 Novelist and short story writer best known for his cycle of works set in the fictional county of Yoknapatawpha, Mississippi. Faulkner (who added a "u" to his surname in 1924) began writing poetry but then developed a complicated, stream-of-consciousness prose style. Though appreciated in literary circles, by 1945 all his works from the productive previous two decades were out of print. In 1944 Malcolm Cowley and others initiated a critical reassessment of his life work as a cohesive whole, and within a few years he became the most lauded and studied living American author. Standard references include Joseph Blotner's biography (published 1974, revised 1984), the Catalog of the Carl Peterson Collection (1991) and Joseph Brodkey's multi-volume bibliographies of his own collection. 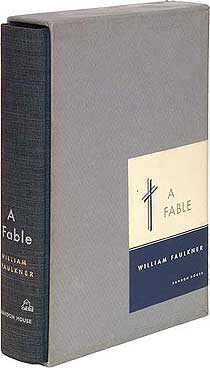 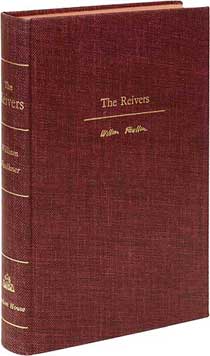 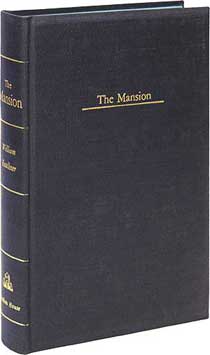 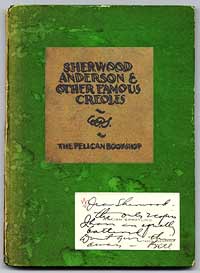 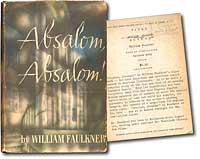 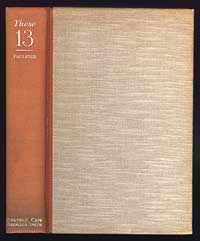 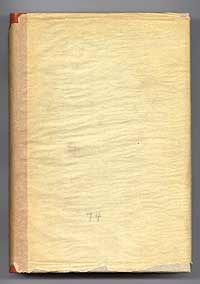 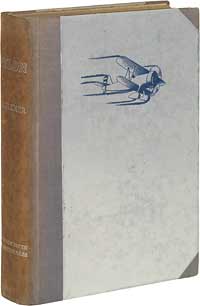 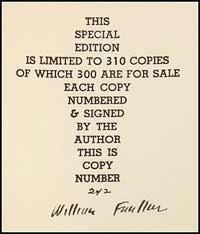 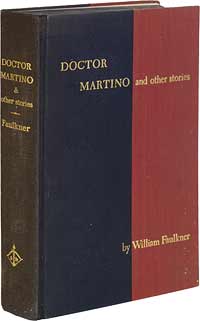 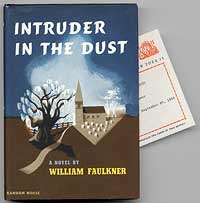 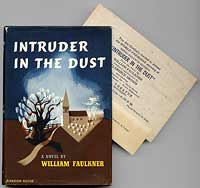 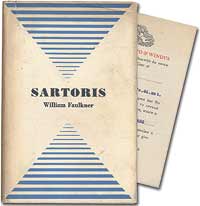 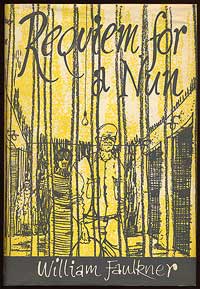 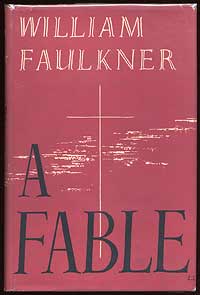 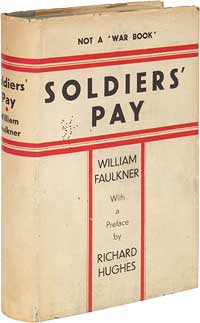 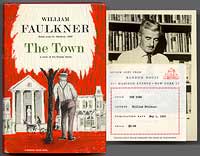 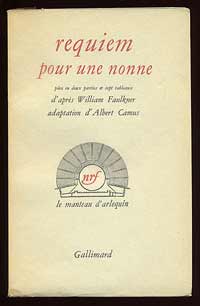