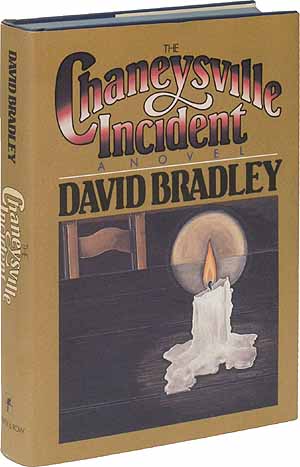 We offered this copy, inscribed on the day the book won the PEN/Faulkner Award to a noted rare book librarian, in our Catalog 85. 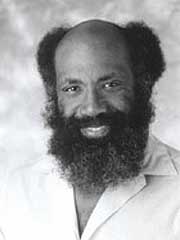 Bradley wrote his first novel, South Street (1975), while still an undergraduate at the University of Pennsylvania. Alienated from his peers, whose urban lifestyle and politicized outlook he found artificial, Bradley spent most of his free time with the locals at a bar on Philadelphia's South Street. The novel offers original perspectives on the links within the black community and its relationship to history and memory and powerfully evokes life in the ghetto, with its numbers games, Saturday-night drinking parties, and storefront churches.

Bradley's second novel, The Chaneysville Incident (1981), won several awards in 1982: the PEN/Faulkner Award, the American Academy and Institute of Arts and Letters award for literature, and a New York Times Book Review "Editor's Choice" citation. The core of this more ambitious novel is an incident from Bedford's history. In doing research for the area's bicentennial in 1969, Bradley's mother discovered thirteen unmarked graves on the property of a Bedford County landowner. In doing so, she confirmed a local myth concerning thirteen fugitives on the Underground Railroad who, on the point of recapture, had preferred death to slavery and asked to be killed.

In addition to two novels, Bradley has written articles and essays for many publications, including Esquire, the New York Times Magazine and Book Review, Redbook, and the Southern Review. He was awarded a Guggenheim Fellowship in 1989 and a National Endowment for the Arts Fellowship in 1991.

In 1998 Bradley coedited The Encyclopedia of Civil Rights in America. In recent years he has been a visiting professor at various colleges, including City College of New York, the University of Texas, and the University of Oregon. In 2003 he was at work on a nonfiction study, tentatively titled The Bondage Hypothesis: Meditations on Race, History, and America. - Michel Fabre, Encyclopedia of African-American Culture and History 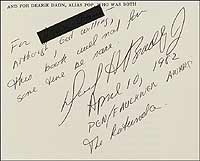