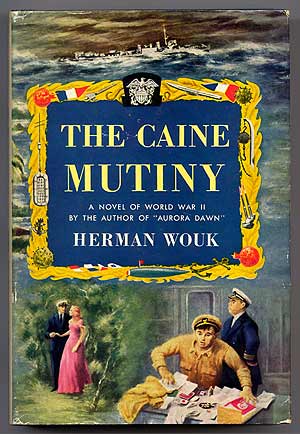 We offered this copy of the first edition in our first Classic Book Cards set. 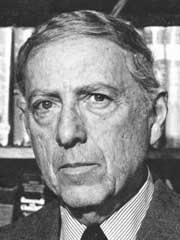 Wouk has several collectible books, probably the best-known is The Caine Mutiny (1951) which won the Pulitzer Prize, and was the basis for the film. Much debate rages over what is the proper first state of the jacket -- on the rear panel one state mentions his early novel City Boy, another refers to it incorrectly as The City Boy. Counter intuitively, some have speculated that the jacket was changed to the incorrect title, which might seem a little odd, but perhaps is an example of the author wishing he had named the book differently, and doing something about it later -- frankly, we don't really know. His first book, The Man in the Trench Coat, (1941) was only issued in wrappers, and is very scarce, as is his 1949 play The Traitor: A Drama. The plethora of available copies that abound of his book The Winds of War, (1971) would belie the fact that truly fine copies of this weighty and often read-to-death tome are exceptionally uncommon, and command a premium.

Email us to request a printed copy of our catalog of Herman Wouk Rare Books and First Editions (or download it via the link as a 2.23 MB pdf file).