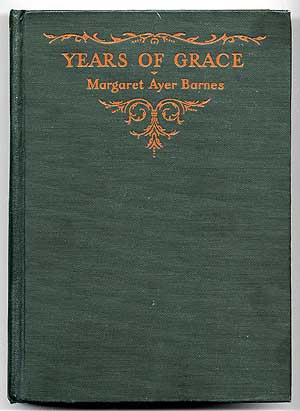 We offered this copy of the first edition in our Catalog 109. 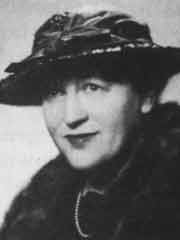 Chicago-born author who turned to writing at age 40 while convalescing from a bad auto accident in 1926. A novelist, dramatist, and short-story writer, she won the Pulitzer Prize for her first novel, Years of Grace.

Years of Grace (1930), her Pulitzer Prize novel, is rare in jacket. It was reprinted innumerable times, and signed copies of later printings can be found for a modest sum, but if you want the first in jacket, be prepared to wait, and if it does manage to come your way, be prepared to pay for it, because you probably won't get a second chance. This by the way, is a common ploy used by unscrupulous booksellers (not us -- we'd never do such a thing, he protested too much). Spoken pompously, and with an air of experience: "Yes, my dear fellow, its the only copy we've ever seen (sotte voce: this week)." Unfortunately for Pulitzer collectors, in this case it's true. Barnes' other romantic novels are mostly quite inexpensive, although the interest in vintage dustwrappers has helped to prop up her stock a bit. She did write a film source novel, Westward Passage (1931) that featured a young Laurence Olivier, but that still can be had inexpensively. 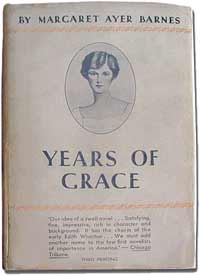