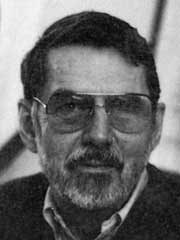 American poet and founder of the Black Mountain Poets, a loose group associated during the 1950s with Black Mountain College in North Carolina. - Merriam-Webster's Encyclopedia of Literaturemore

Email us to request a printed copy of our catalog of Robert Creeley Rare Books and First Editions (or download it via the link as a 5.64 MB pdf file).more