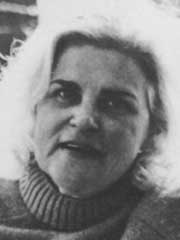 Award-winning author Anne McCaffrey has written more than 40 novels, short-story collections, and other manuscripts since her first publication in the 1960s. Creator of the world of Pern and the fantastic Dragonriders who protect the planet, she has been praised for her inventive combination of fantasy and science fiction and her imaginatively drawn heroes and heroines. According to James and Eugene Sloan in Chicago Tribune Book World, McCaffrey's Dragonrider books "must now rank as the most enduring serial in the history of science fantasy."

Like J.R.R. Tolkien's Middle-Earth and Ursula K. LeGuin's Earthsea, McCaffrey's Pern has gained a depth and significance far outweighing other fictional settings found in fantasy and science fiction. A former colony of Earth, Pern's knowledge of history and science has vanished into a murky past, replaced by a feudal society plagued by the Threads (deadly spores which fall from a neighboring planet). In order to survive this ecological menace, the human inhabitants of Pern have developed a symbiotic relationship with Pern's fire-breathing, telepathic dragons, each of which, at birth, selects a human partner to be its lifemate. The Dragonriders conjure up medieval images of knights riding to rescue their society; indeed, a hallmark of McCaffrey's world is that the technical elements generally found in science fiction take a back seat to the fantasy setting. This device has earned much praise from critics, including New York Times Book Review critic Gerald Jones: "Few are better at mixing elements of high fantasy and hard science in a narrative that disarms skepticism by its open embrace of the joys of wish fulfillment."

Dragonflight (1968), McCaffrey's first Dragonrider novel, won both the Hugo and Nebula awards in 1969 and enchanted readers with its introduction to Pern. Dragonquest (1971) finds the dragon population nearly extinct and the humans of Pern embroiled in a civil war. According to Edra C. Bogle in the Dictionary of Literary Biography, Dragonquest is "full of action and unexpected twists . . . [it] may be the best of these books. The major theme of all the volumes, how to rediscover and preserve the past while maintaining flexibility, is well brought out here." Dragonsong (1976) was praised for its characterization of the young girl Menolly and her struggle to find a place in the male-dominated society of the Dragonriders. Dragonsdawn (1988) reverted to a more science-fiction premise, describing the story of how the original colonists of Pern used genetic manipulation to develop the dragons.

One of McCaffrey's strengths as a writer is her social commentary, according to critics like Bogle. "Most of McCaffrey's protagonists are women or children, whom she treats with understanding and sympathy," Bogle says, pointing out that the social injustices the women suffer "are at the heart of most of McCaffrey's books." Most of McCaffrey's novels feature strong heroines, such as the Weyrwomen of the Dragonrider books, the talented psychics of To Ride Pegasus (1973), and Helva, the living brain of a starship in The Ship Who Sang (1969). With these books, Bogle indicates, "McCaffrey has brought delineations of active women into prominence in science fiction."

While her Dragonrider novels have received the most critical attention, McCaffrey's other novels have drawn praise as well. The Ship Who Sang, for example, was compared to Daniel Keyes' moving Flowers for Algernon. Likewise, Get Off the Unicorn (1977), a collection of short stories, was praised for its warmth and humor, especially in stories such as "Changeling," which deals with homosexual parenting, and "A Proper Santa Claus," which focuses on a small boy's ideal Santa.

The Dragonrider series has been alternately praised and criticized for its tight connections. While the cohesiveness of the novels gives life and further delineation to the world of Pern, many readers suggest that the novels do not stand alone without reading the previous books. Detractors have also criticized McCaffrey's episodic plots and repetition of characters and situations. However, McCaffrey's vision of Pern has sustained itself through over a dozen Dragonrider novels, and readers today should find Pern and its dragons fully accessible and entertaining. - from Contemporary Popular Writersmore