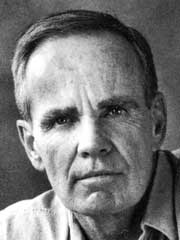 American writer in the Southern gothic tradition whose novels about wayward characters in the rural American South and Southwest are noted for their dark violence and dense prose. - Merriam-Webster's Encyclopedia of Literaturemore