Softcover. Magazine. Cover by Al Leslie. (16)pp. Single sheets printed both sides and secured with two staples. Single horizontal fold and some light wear along the spine on the rear wrap, else fine. An influential mimeograph created by di Prima and LeRoi Jones featuring some of the most important poets of the 20th Century. Unlike other magazines, this so-called "newsletter" was distributed via a mailing list, many of which were noted poets, journalists, critics, publishers and artists. For this reason, most copies were hand addressed or affixed with a mailing label and stamp, and folded for mailing. This copy is remarkably pristine with no writing, stamp, or label. This issue features contributions from Mary Caroline Richard, Gregory Corso, Jack Smith, Leroi Jones (Amiri Baraka), Edward Field, John Wierners, and Frank O'Hara. 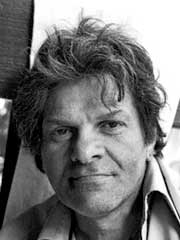 American poet, a leading member in the mid-1950s of the Beat movement. - Merriam-Webster's Encyclopedia of Literaturemore