Hardcover. First edition, in the later yellow binding. Very good with a faded spine, some soiling, lacking the dustwrapper. 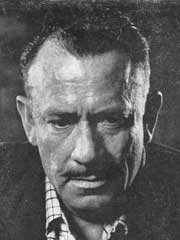