Hardcover. Reprint. Fine in a good plus dustwrapper with a tear on edge of spine and mild wear. Please Note: This book has been transferred to Between the Covers from another database and might not be described to our usual standards. Please inquire for more detailed condition information. 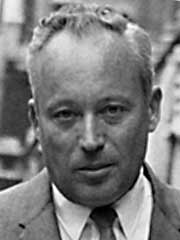 American novelist known for such panoramic, action-filled works as Battle Cry (1953), a story about a battalion of Marines during World War II, and Exodus (1958), which deals with the struggle to establish and defend the state of Israel. Uris also wrote The Angry Hills (1955), an account of the Jewish brigade from Palestine that fought with the British army in Greece; Mila 18 (1961), a novel about the Jewish uprising against the Nazis in the Warsaw ghetto in 1943; GB VII (1970), dealing with Nazi war crimes, Trinity (1976), a chronicle ofa Northern Irish farm family from the 1840s to 1916; The Haj (1984), depicting the lives of Palestinian Arabs from World War I to the Suez war of 1956; and Mitla Pass (1988), an account of the Sinai campaign of 1956. - Merriam-Webster's Encyclopedia of Literaturemore